How was your weekend?  Mine was FANTASTIC, for the most part!  Especially since I usually group together America’s Birthday with my Birthday.  I started off the day (Thursday) with a double workout (Abs & Arms- Week 5) followed by spin.  Which felt amazing because I hadn’t had a chance to get a workout until then.  So of course my reward was a chocolate macadamia nut iced coffee from dutch brothers. 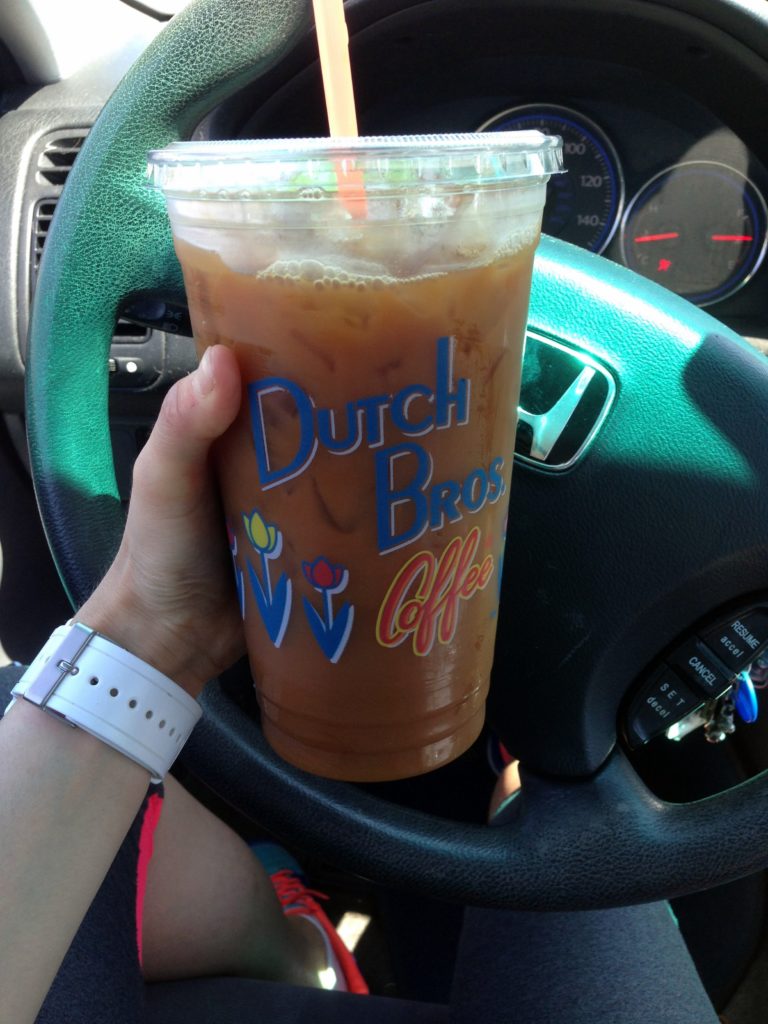 I didn’t stay out that late, but I definitely had my fill of whatever I wanted!  Calories don’t count on your birthday right?  The next day I warded off a hangover withs some chocolate coconut water followed by a trip to Einsteins for an old favorite…. Southwest Turkey Sausage Sandwich on a Whole Wheat Bagel Thin.  The bagel was the win… 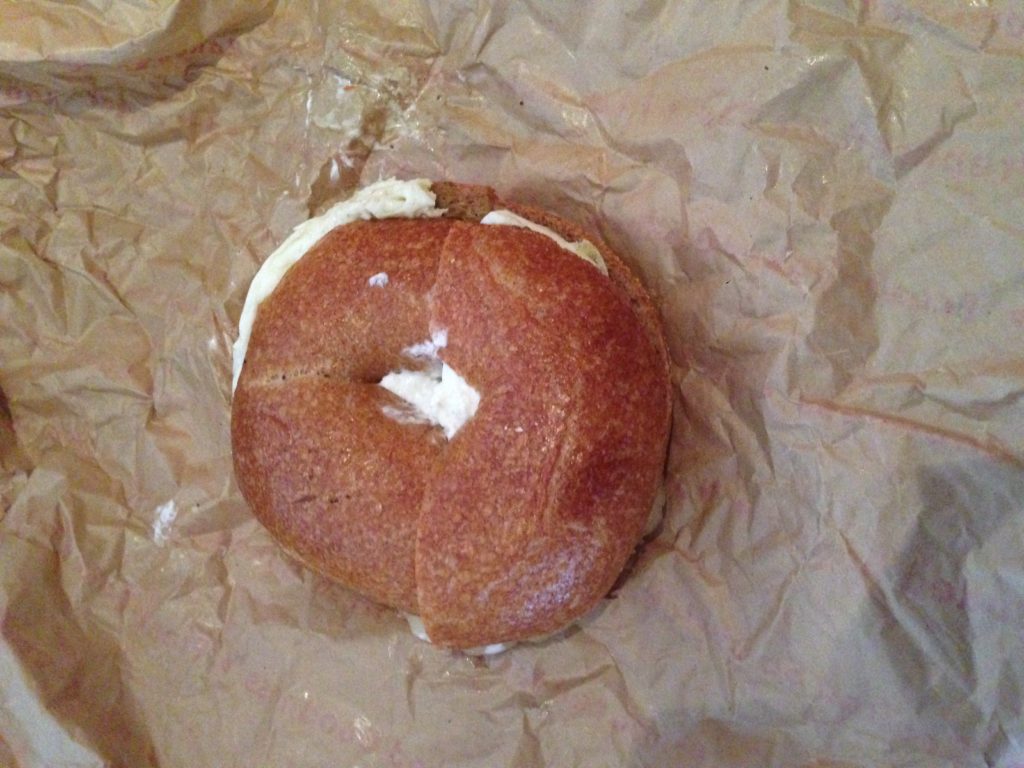 The not so fun part was when someone actually threaten to called the cops on me for leaving Nala in the car.  Before  you tell me I’m crazy…. it was like 70 out, overcast and sprinkling.  I knew it was fine, when I opened the car door it was fine, not hot at all, I was dumbfounded and even though she was in no danger I still felt as bad as if it had been 100 and sunny out.  I guess it’s just better to leave her at home.

I was pretty shaken up after that, but I tried to shake it off.  I guess I hadn’t quite shaken it though because I backed into Mr. Hungry’s car when we left for Costco. Double win for me.  Of course, my car was fine, his not so much. 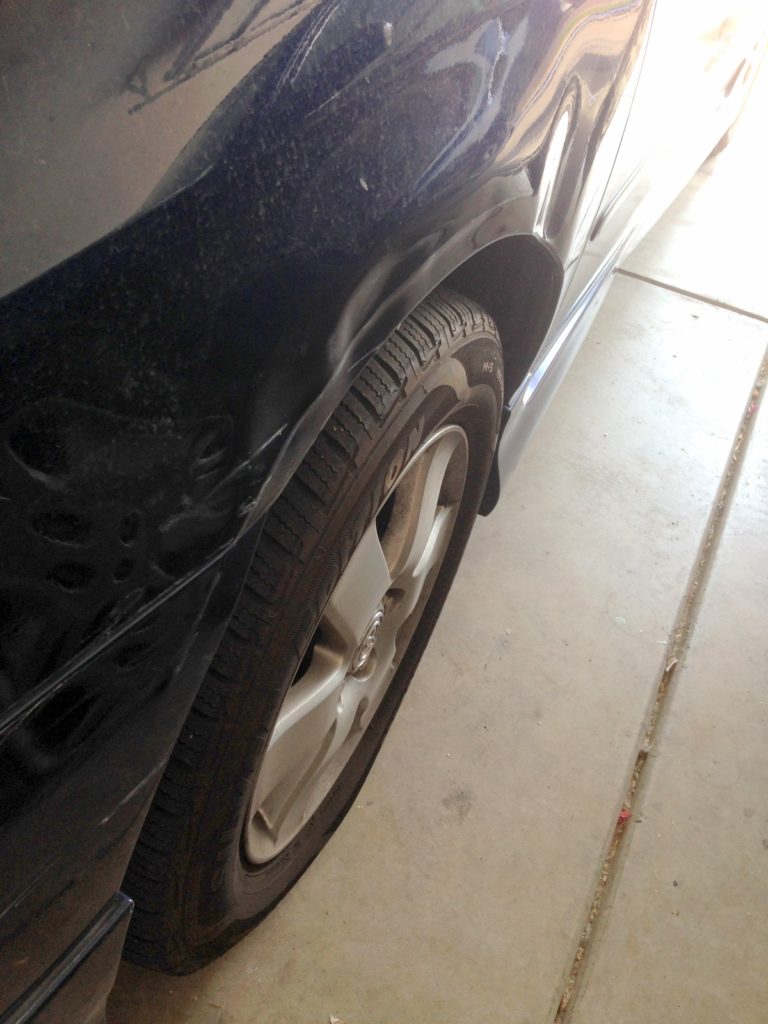 Of course, Mr. Hungry was the best husband ever about it and didn’t even get mad.  We spent the rest of the day “spring” cleaning the house, as much as I hate cleaning I tried really hard to not complain on the account that I backed into his car ha ha.  The Fourth started out fun, we took Mr. Hungry’s Grandma out for breakfast. I really wanted to get this… 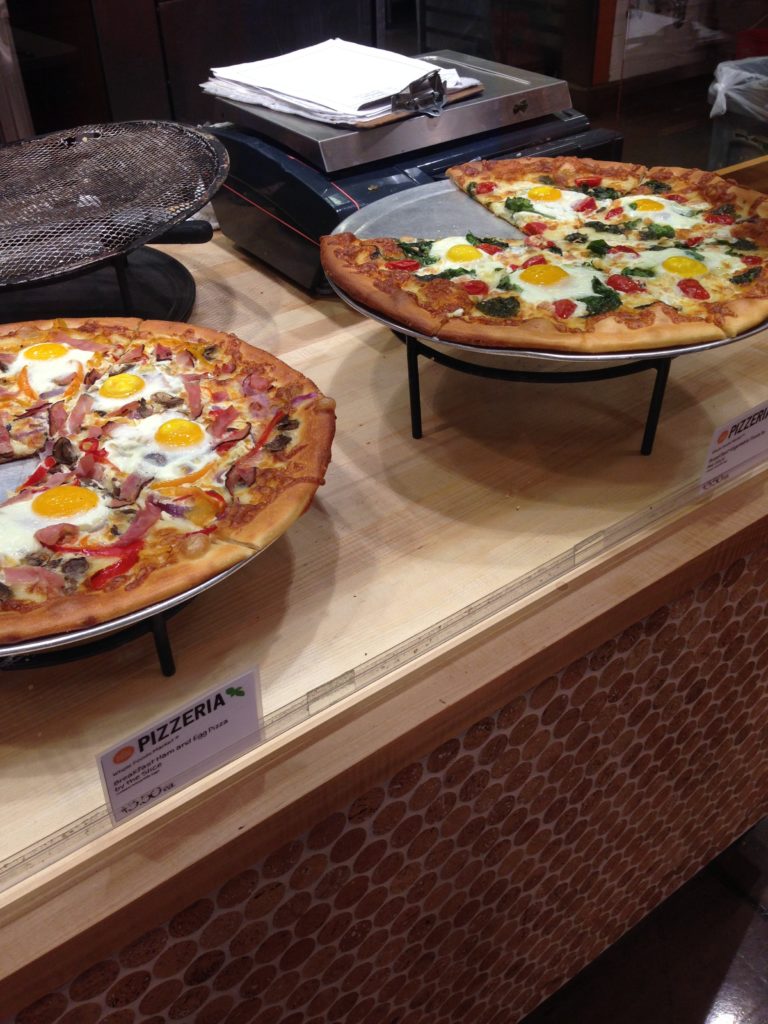 But I knew there would be plenty of treats so I went with some eggs, sausage and pieces of french toast which were delicious. 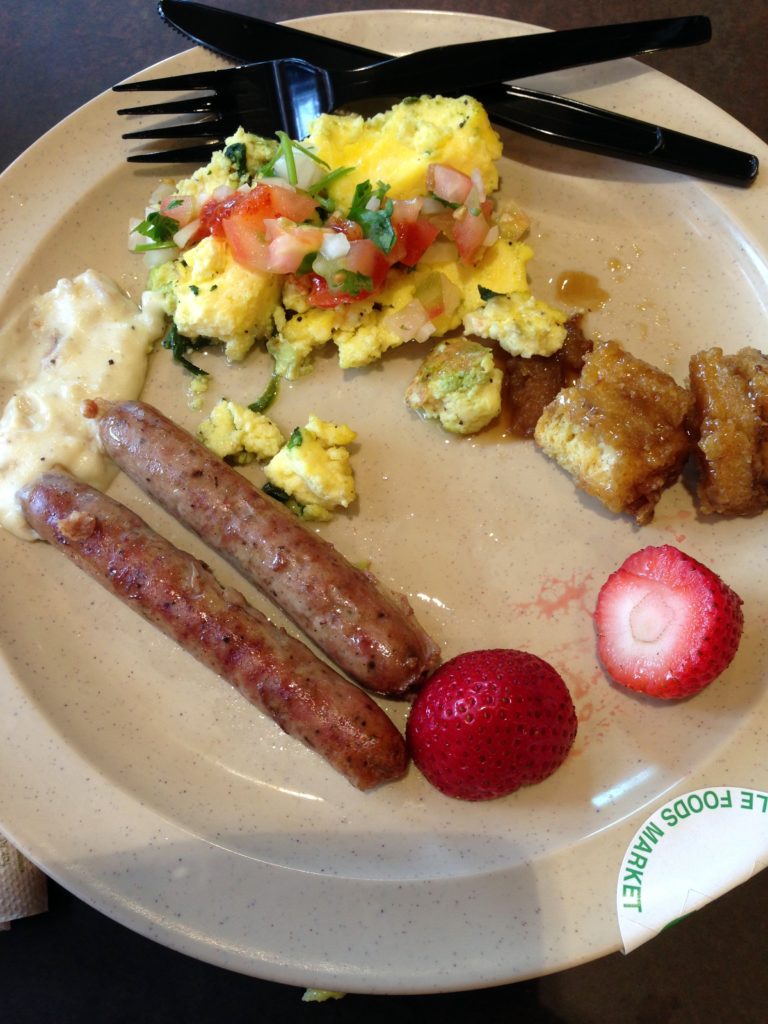 I also got a green juice, the firecracker which I added cucumber and spinach too.

Then we pit stopped for caffeine, I got a black tea and Mr. Hungry got a “mini” frappacino.  Love it!

I knew things were looking up after breakfast, but I swear bad things come in packages.  On the actual Fourth, Nala ate some cat poop and threw up everywhere.  Don’t feel to bad for her though because she also ate one of Mr. Hungry’s steaks. Grabbed it right off his plate, can’t wait for puppy training to start!  Oh well, nothing a few drinks and dessert can’t fix right? Strawberry shortcake twas delicious! 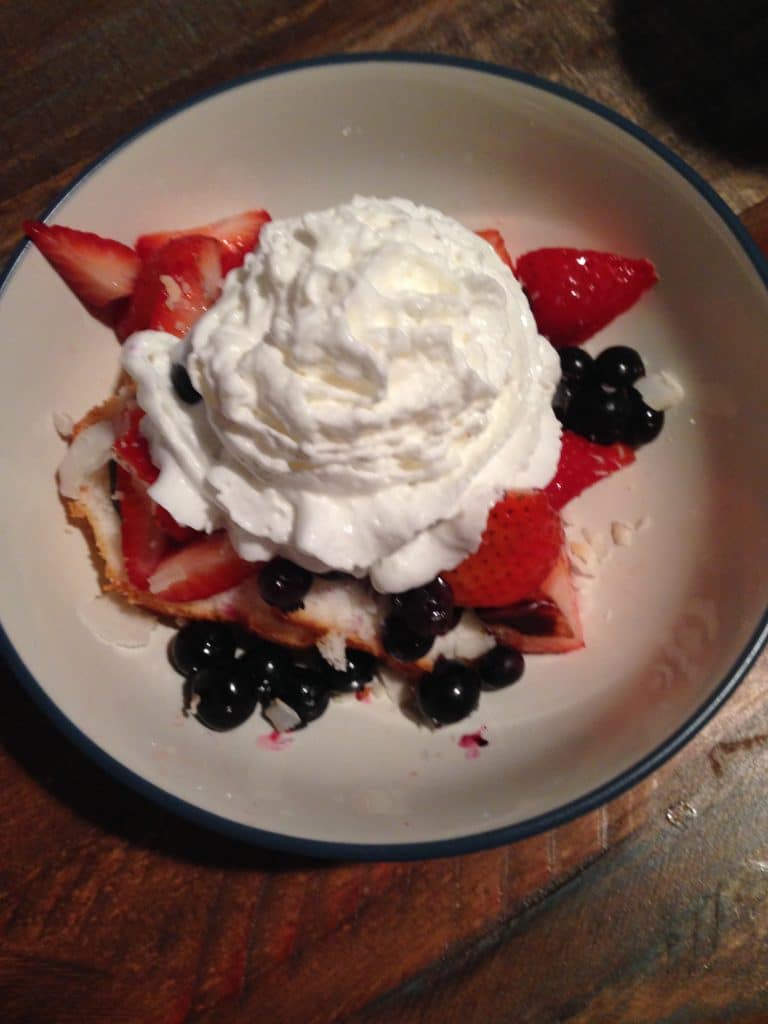 Today I capped off the weekend with an awesome double workout.  I did Abs & Arms (Week 6) followed by Zumba.  Now it’s time for a movie and dessert!

How was your weekend?