Hi, friends!  This week I’m taking the week off blogging.  I typically do this once around my Birthday in the summer to kind of help take some time to plan the rest of the year out and give myself a break, so I don’t get burned out.  I’m not sure how much planning I’ll get done since little man, and I will be flying solo, but at least it will be somewhat of a vacation.  Before I sign off for the week, though, I wanted to jump in and share my birthday/four of July recap! 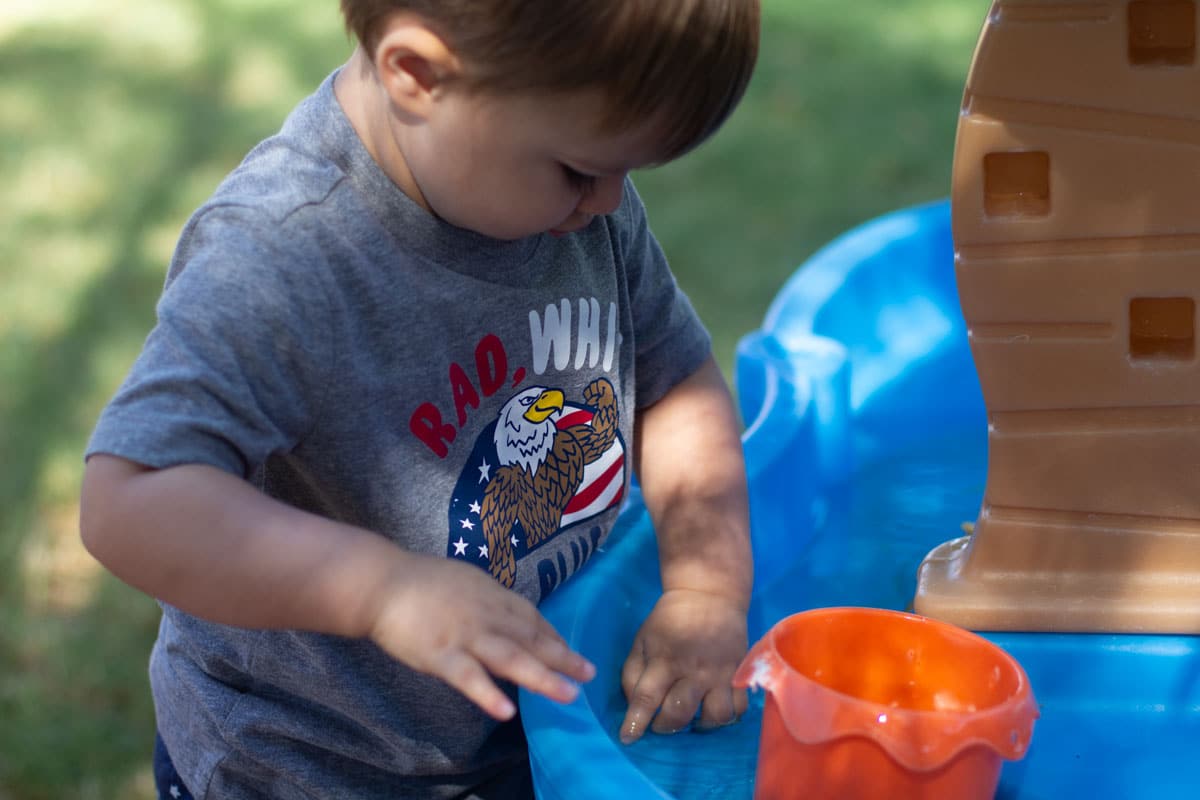 We did manage to make funfetti cupcakes, though! I didn’t have eggs, so I used egg replacer, they came out a little more moist than usual, but delicious!

But, when Mr. Hungry got home, it was game on margarita time! My aunt dropped off (socially distanced) these beautiful margarita glasses for my Birthday.  The glasses were a set of 10 and had varying sizes, the big one for me and the small one for Mr. Hungry, haha! She also brought me margarita salt, so thoughtful! 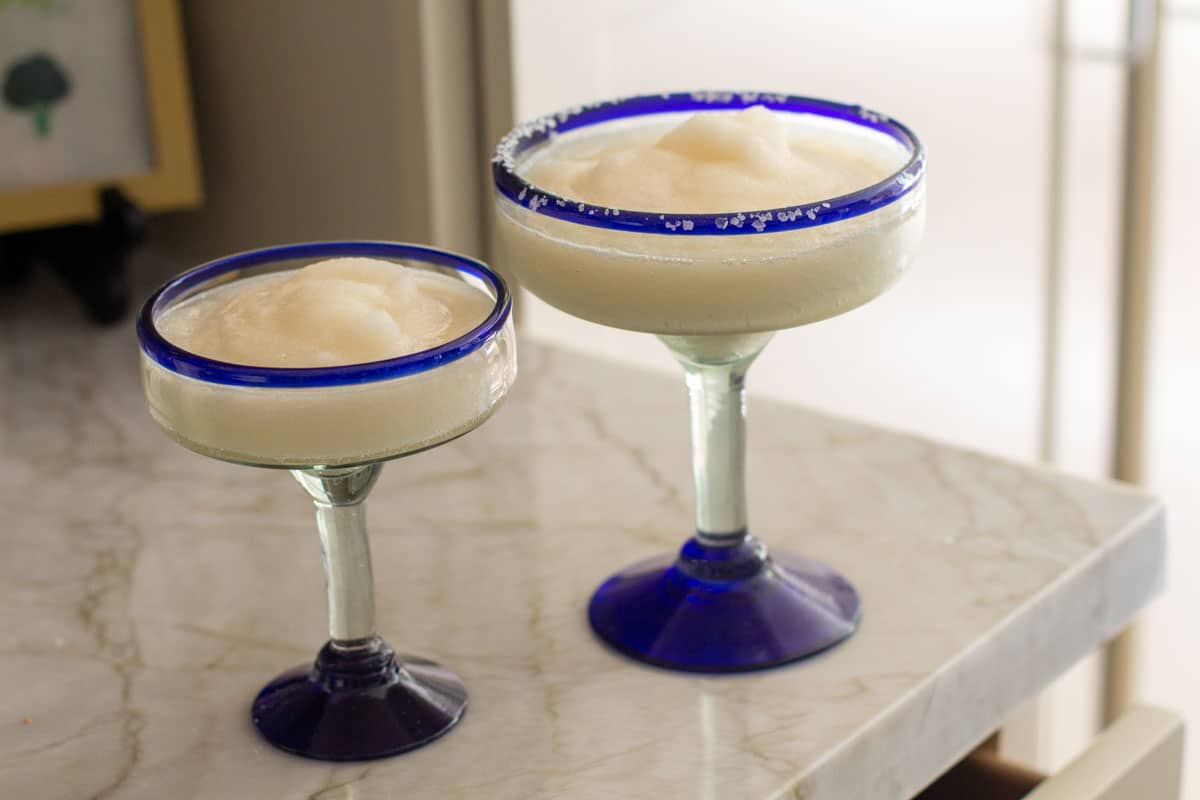 When your kid wants to play in 115 F weather, you drink margaritas outside, right? 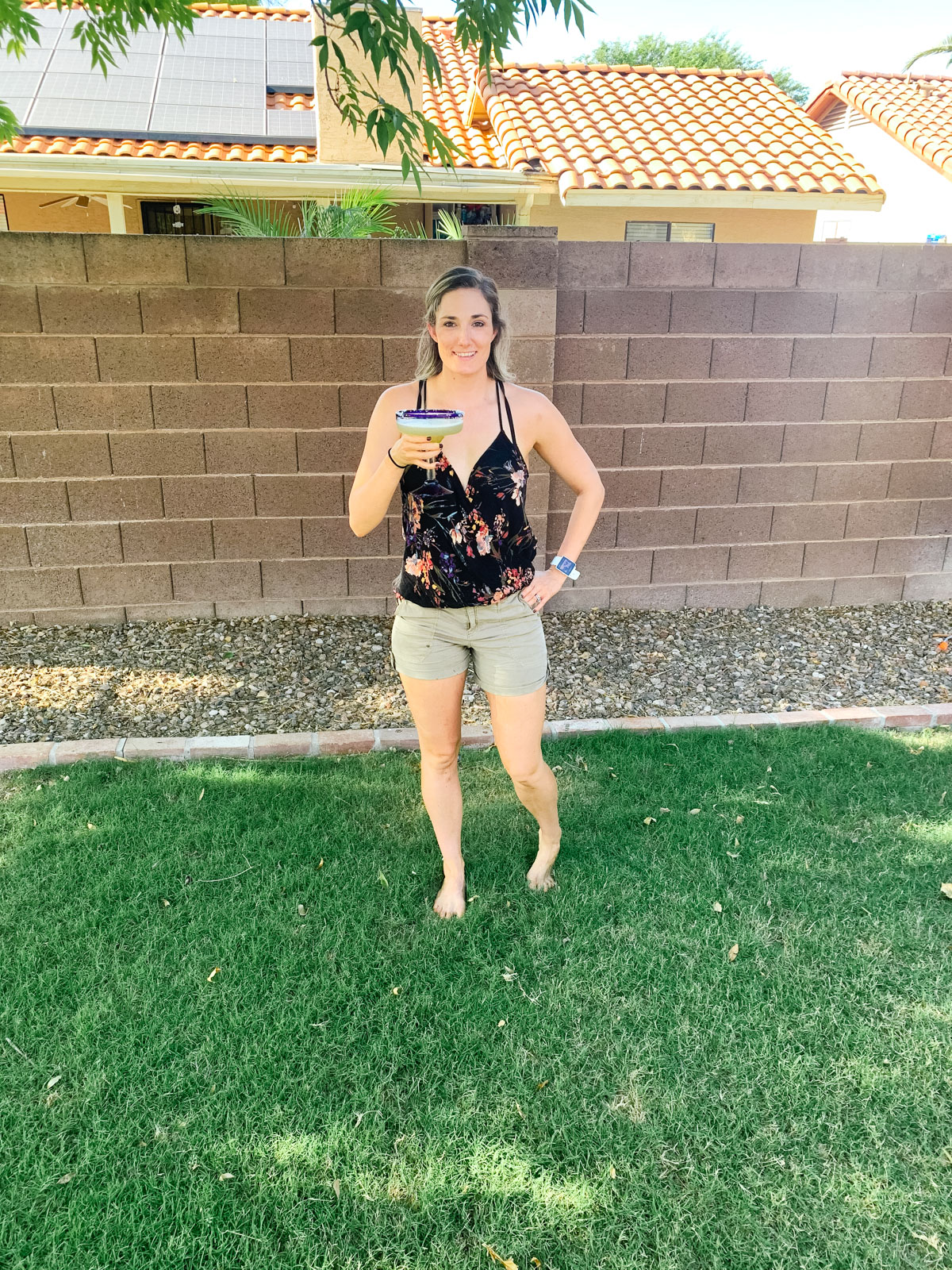 We ordered Macayo’s, one of my all-time favorite Mexican food spots.  Did it make me nervous to eat out? Yes, but we opted for hot food and enjoyed our meal. 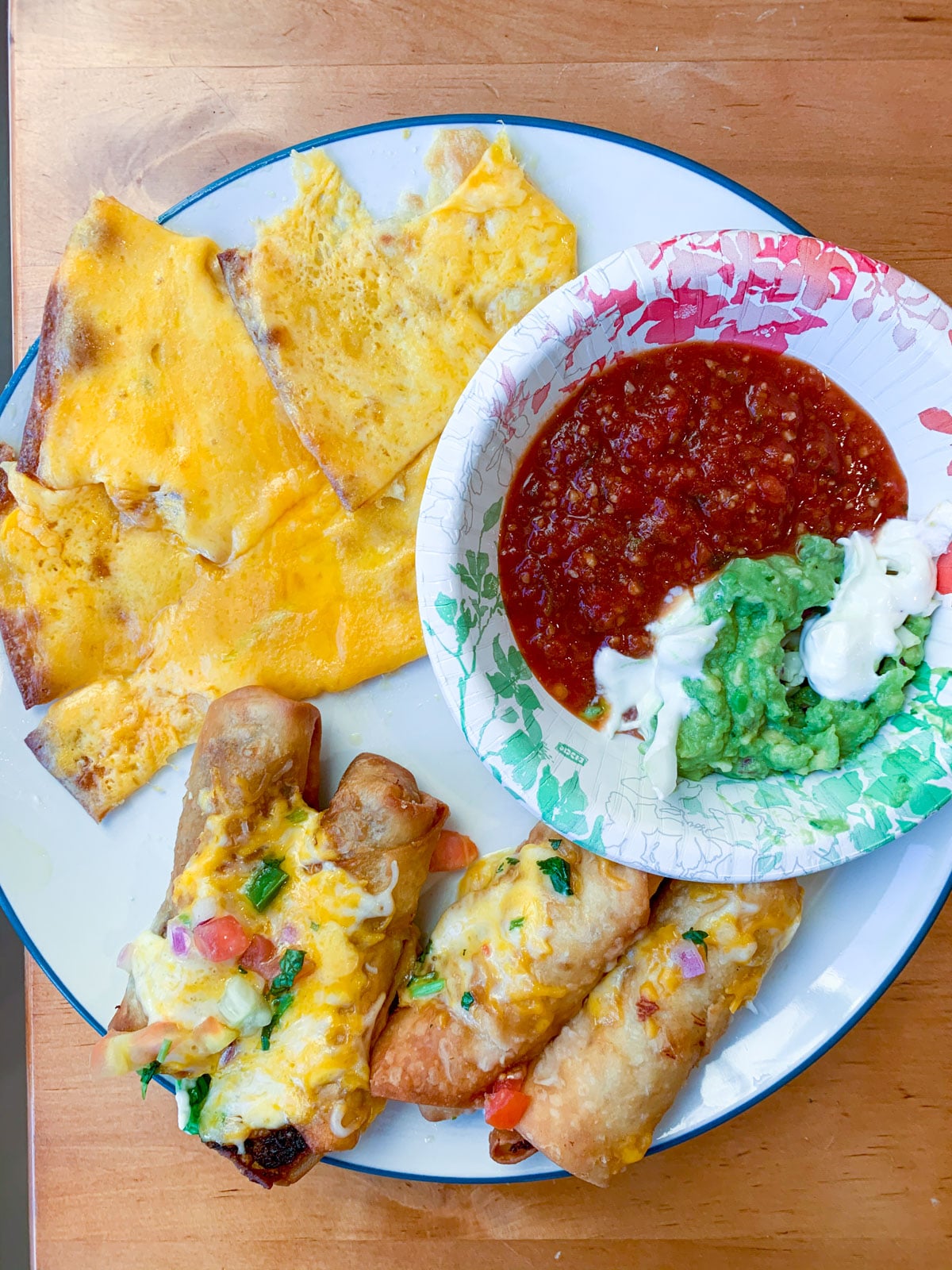 Later that night, my Mom dropped off a little present with balloons! A couple of bottles of wine and a bunch of little games, color books, etc. for KJ. 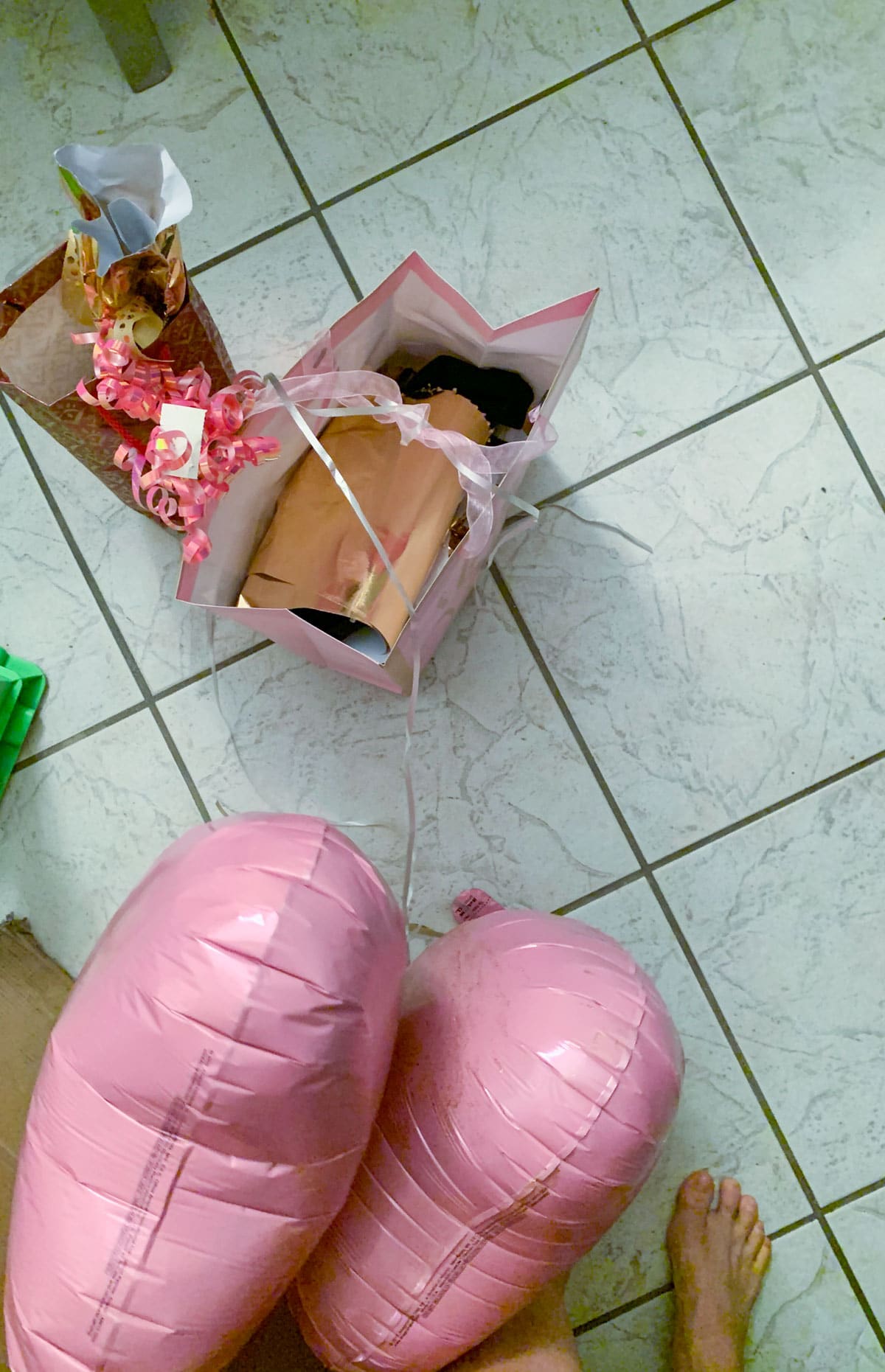 Mr. Hungry worked from home Friday morning, and then in the afternoon, I finally went to get my hair done! 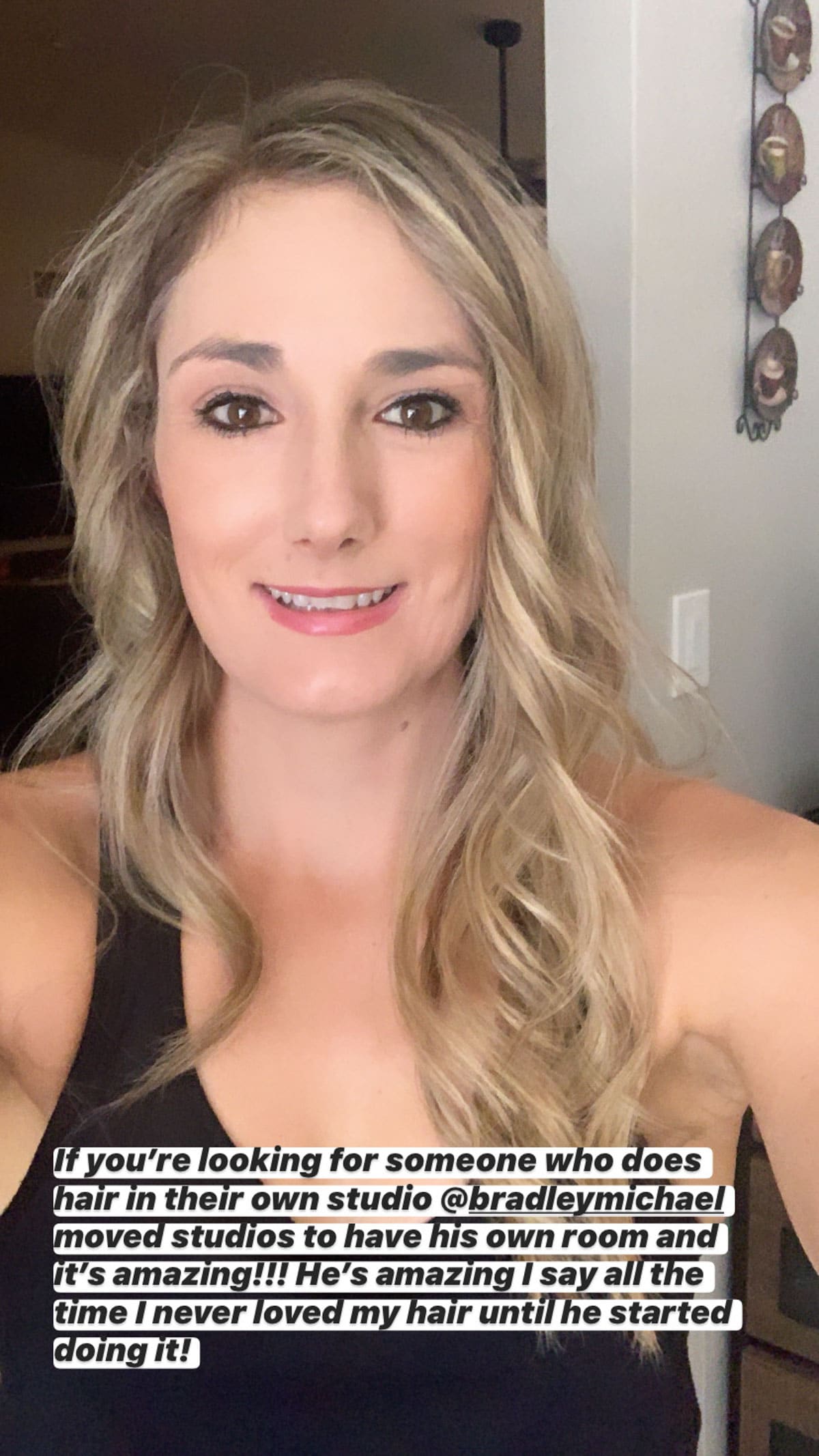 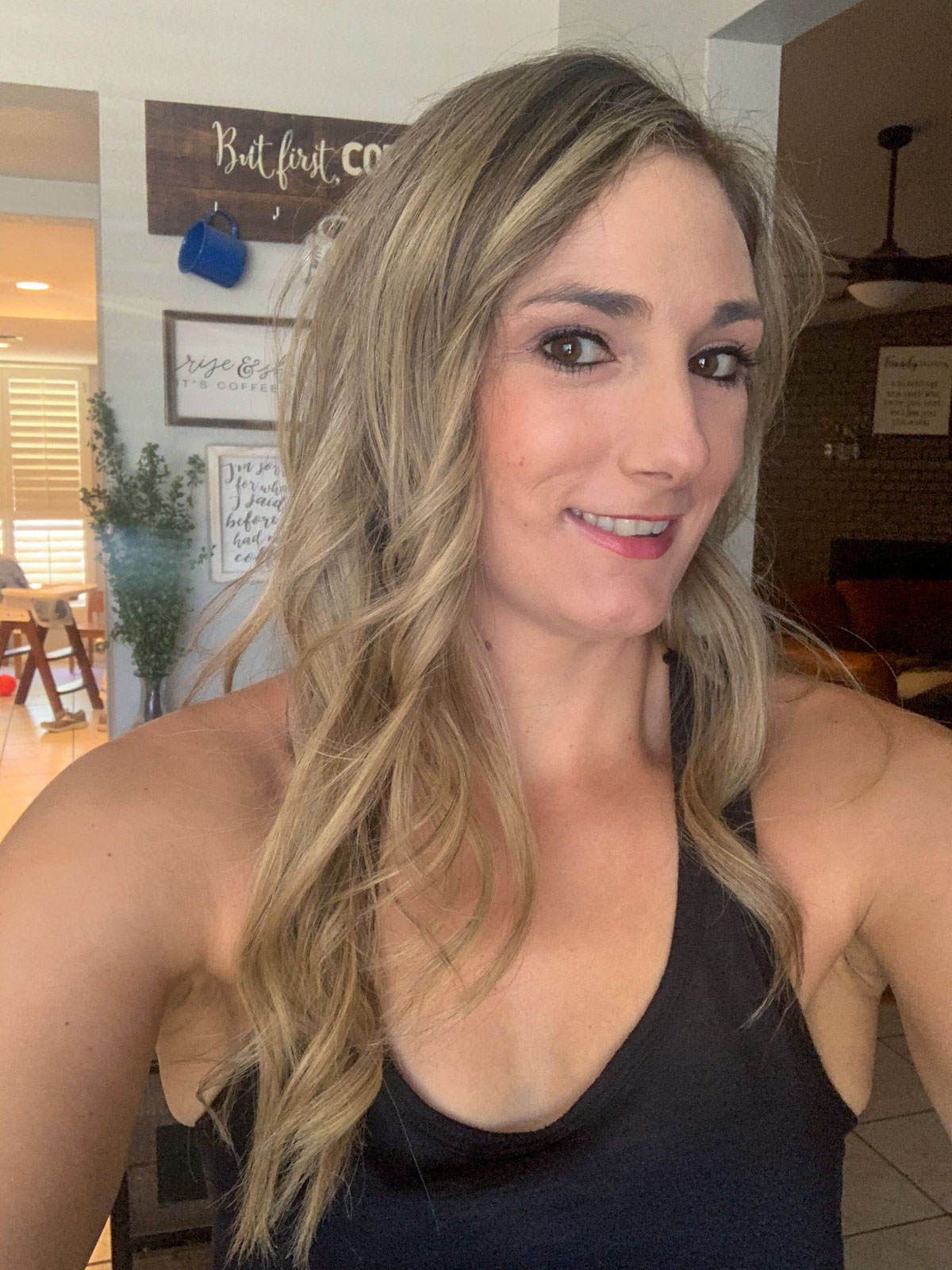 I still need to go back for a hair cut this week, but overall, love feeling freshened up!

I’ll be honest. I spent most of the holiday working.  I’ve been trying to finish up a freelance project, and I was so close, I just wanted to get it done. So, I spent most of the day writing until around 4 pm when I joined little man and Mr. Hungry in the pool. 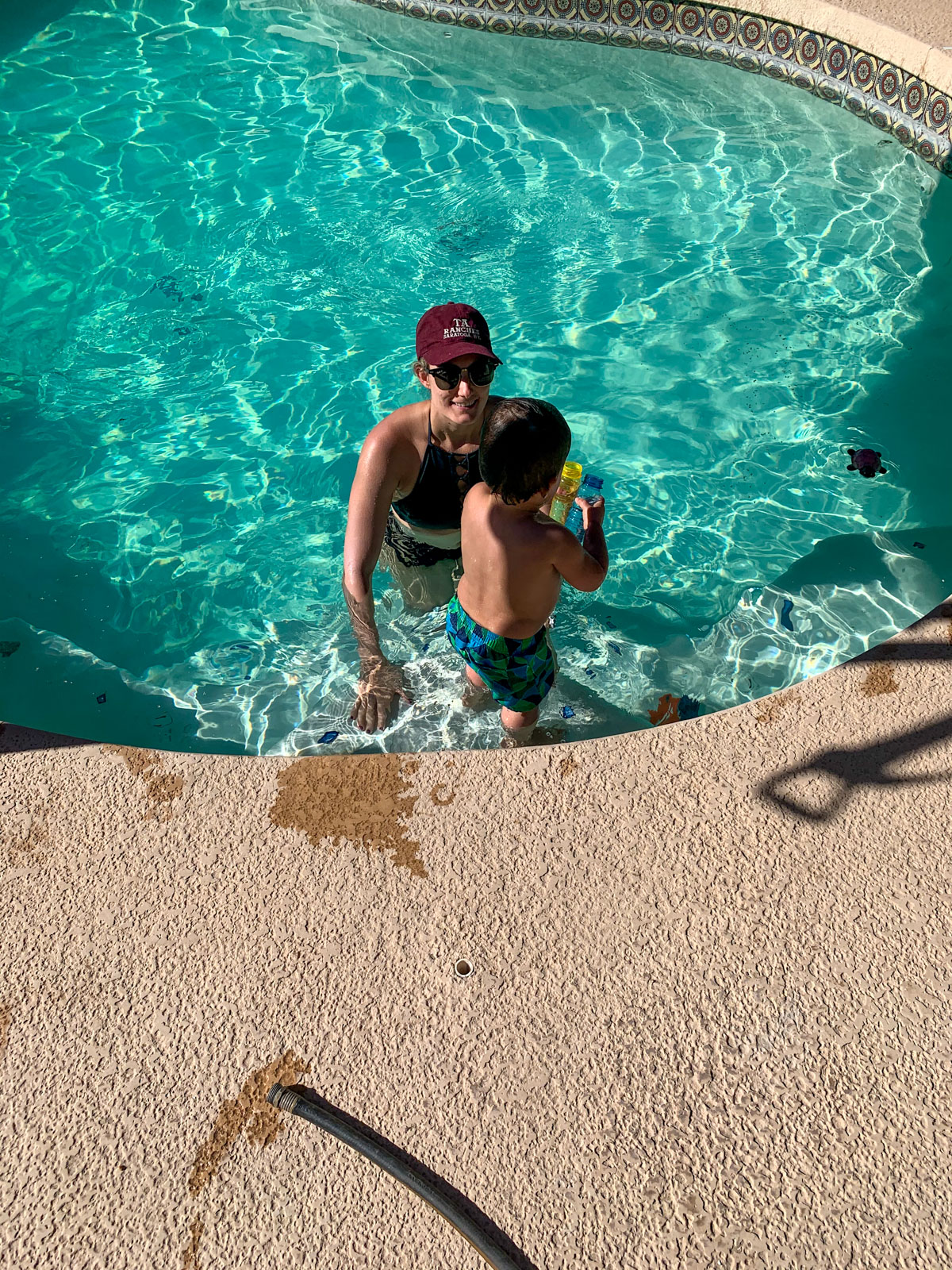 He is such a little fish, just like his I was as a kid! 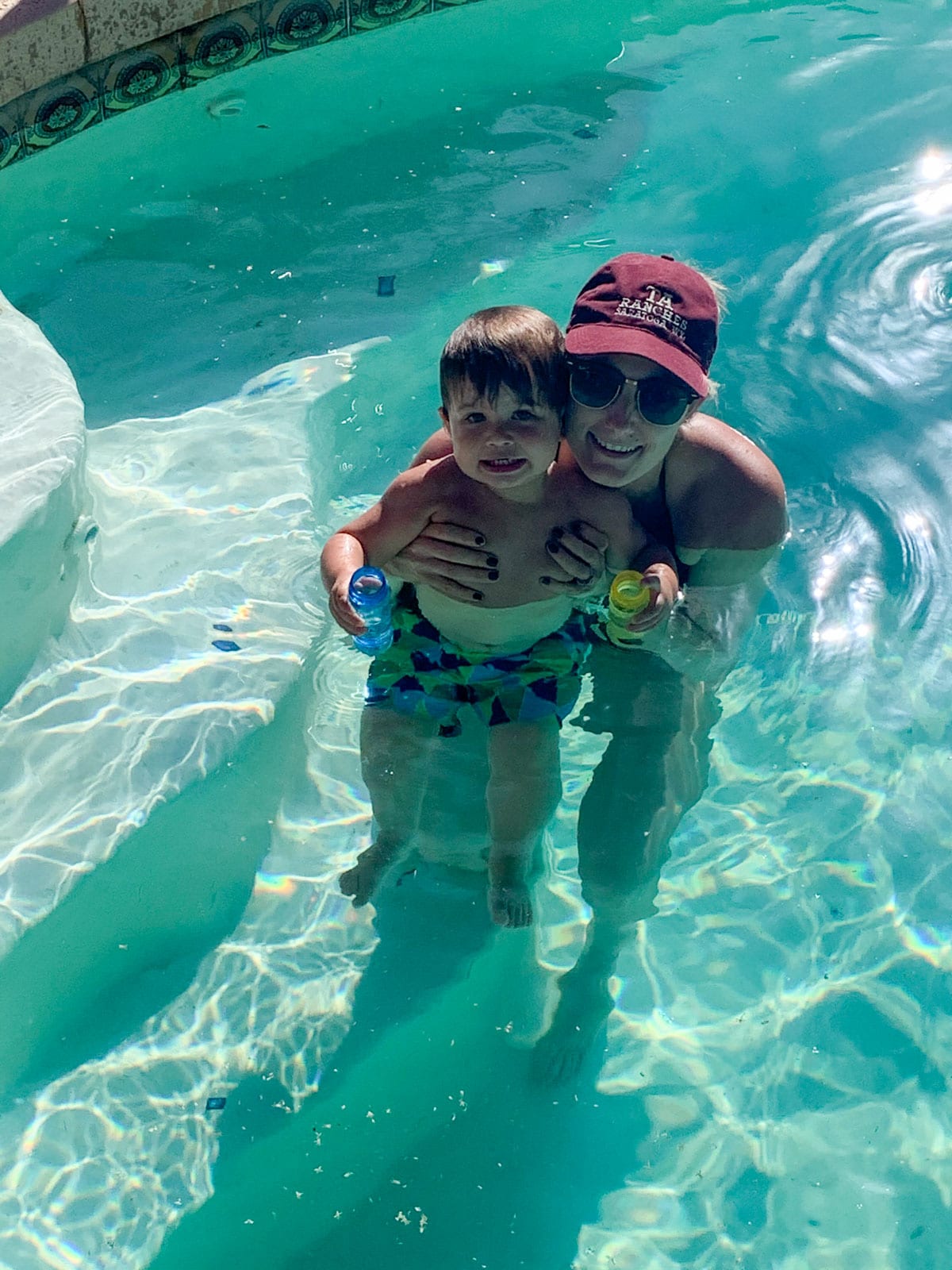 Sunday morning, we went on a walk, and then I headed out to pick up groceries from Sprouts Grocery Pick Up.  I don’t have any pictures, but OMG it was so easy!  I literally popped my trunk, she put them in there, and I was on my way.  To me, since my grocery bill was around $200, it’s easier to have your car loaded up with your groceries then have a million bags on your doorstep.  Plus, the instacart fee was only 1.99 vs. 8.99, so overall, I was super happy with the experience and will probably be shopping that way for the foreseeable future.

After nap time, we head over to Grandma and Grandpas to see my SIL and nephew.  Although we were not initially comfortable with seeing them right away since they flew here, we decided that waiting till the day before the left (10 days after they got here) was a middle ground of risk we’re willing to accept, especially since we weren’t sure when we would have the chance to see them again.  The cousins had SO much fun playing together! 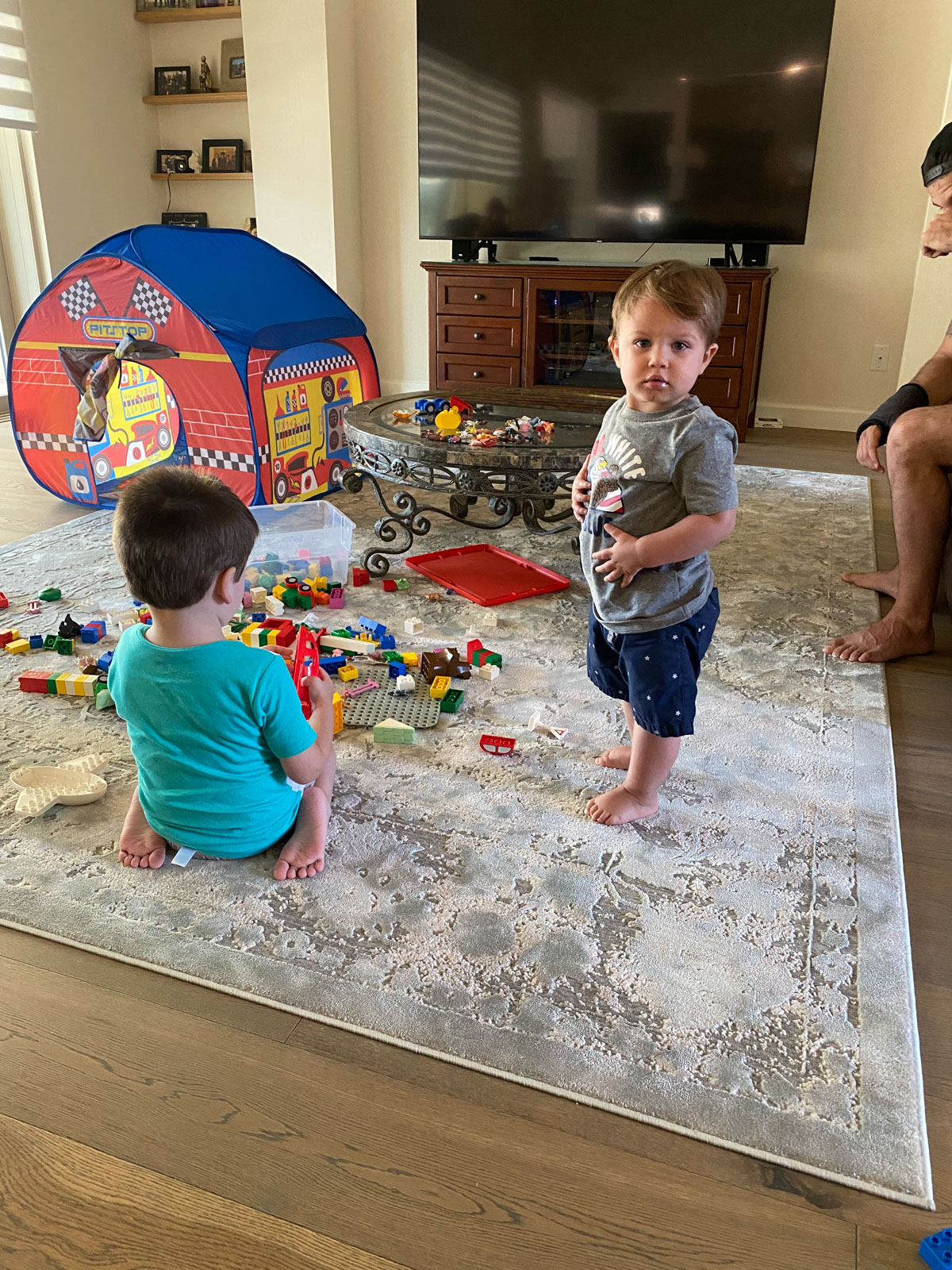 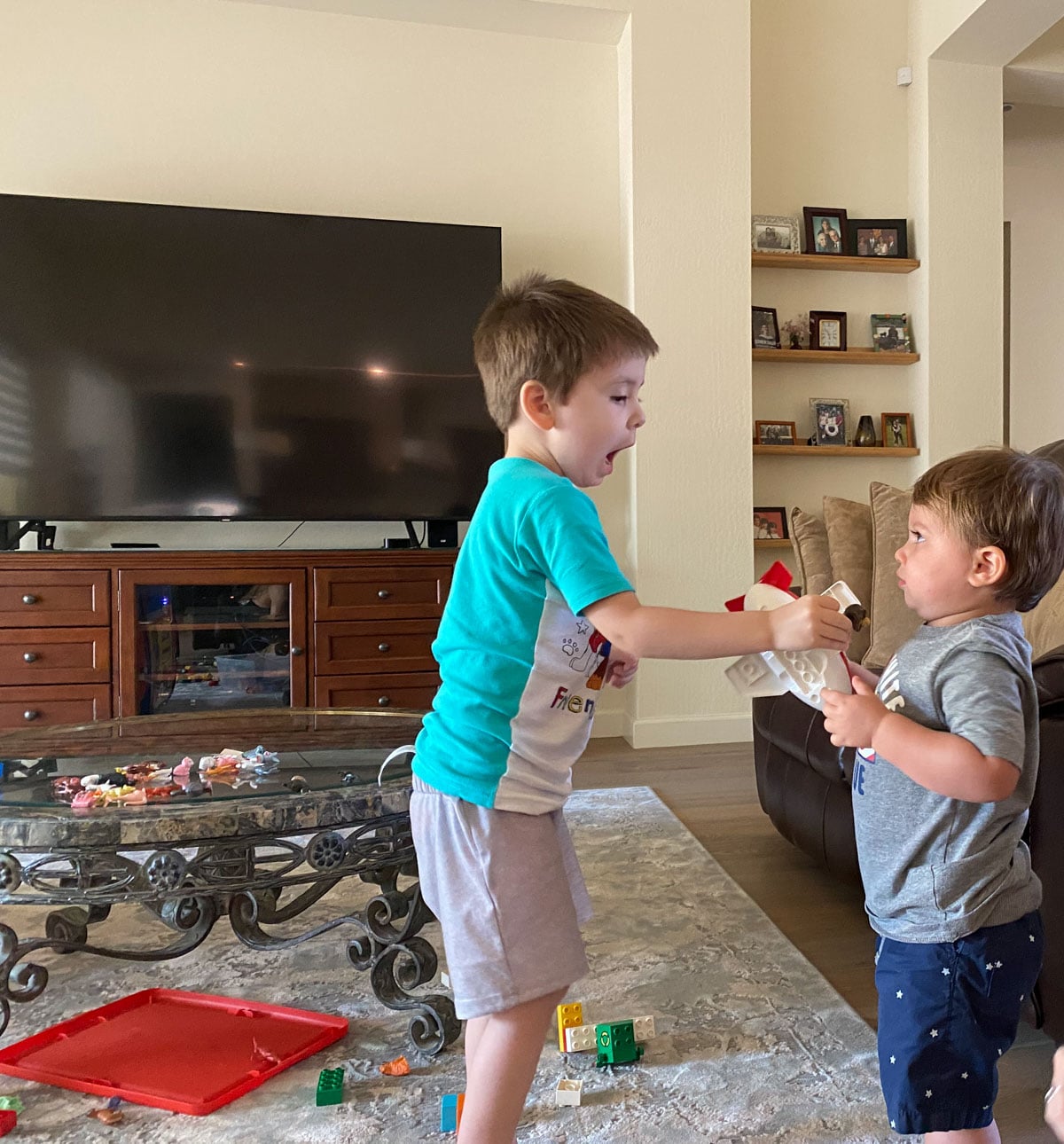 KJ LOVED to follow his older cousin wherever he went. I think he was honestly surprised to find out that more children existed in the world.  Having been in quarantine (no burn boot camp, play dates, or other ways to see children), I think he thought he was the only child in the world. 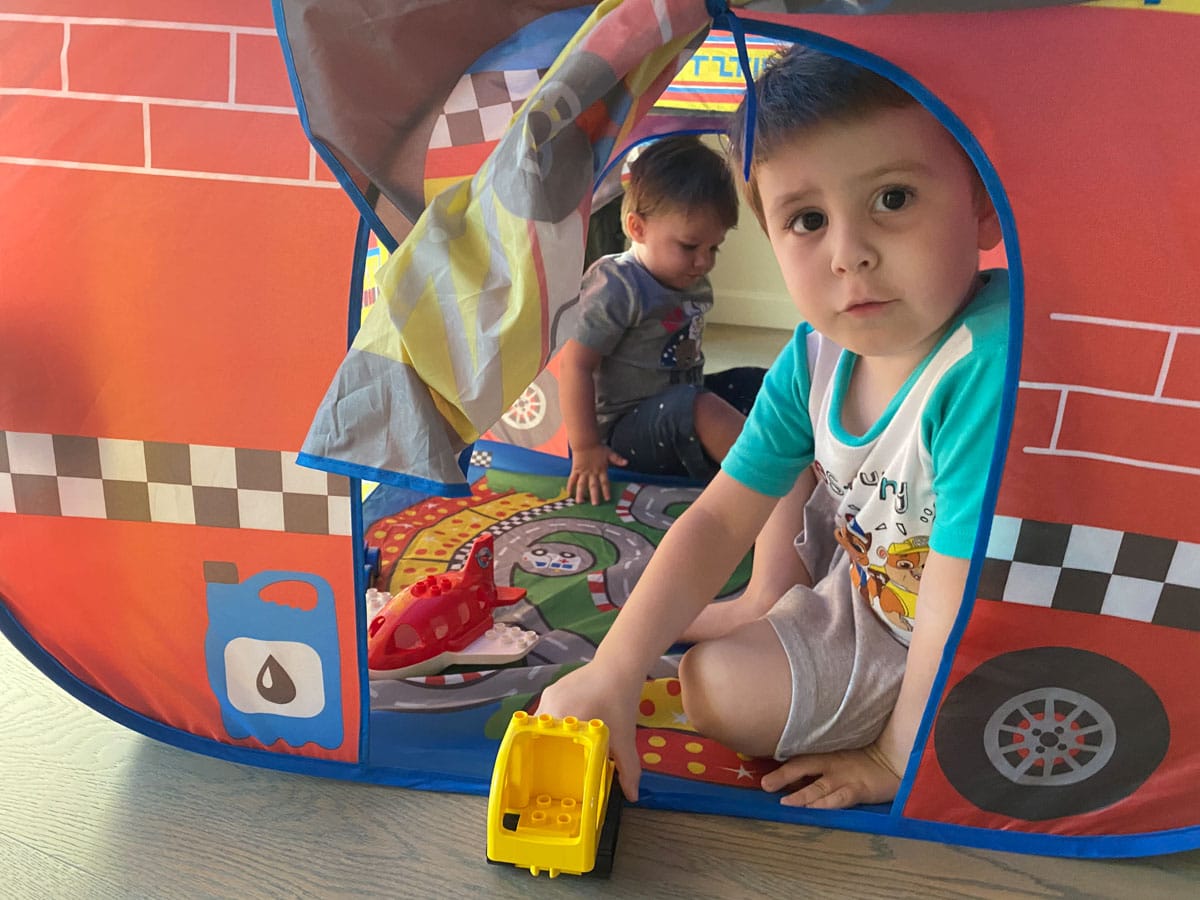 And we ate some delicious healthy food! My in-laws made my spinach con queso dip, veggies, and chicken! 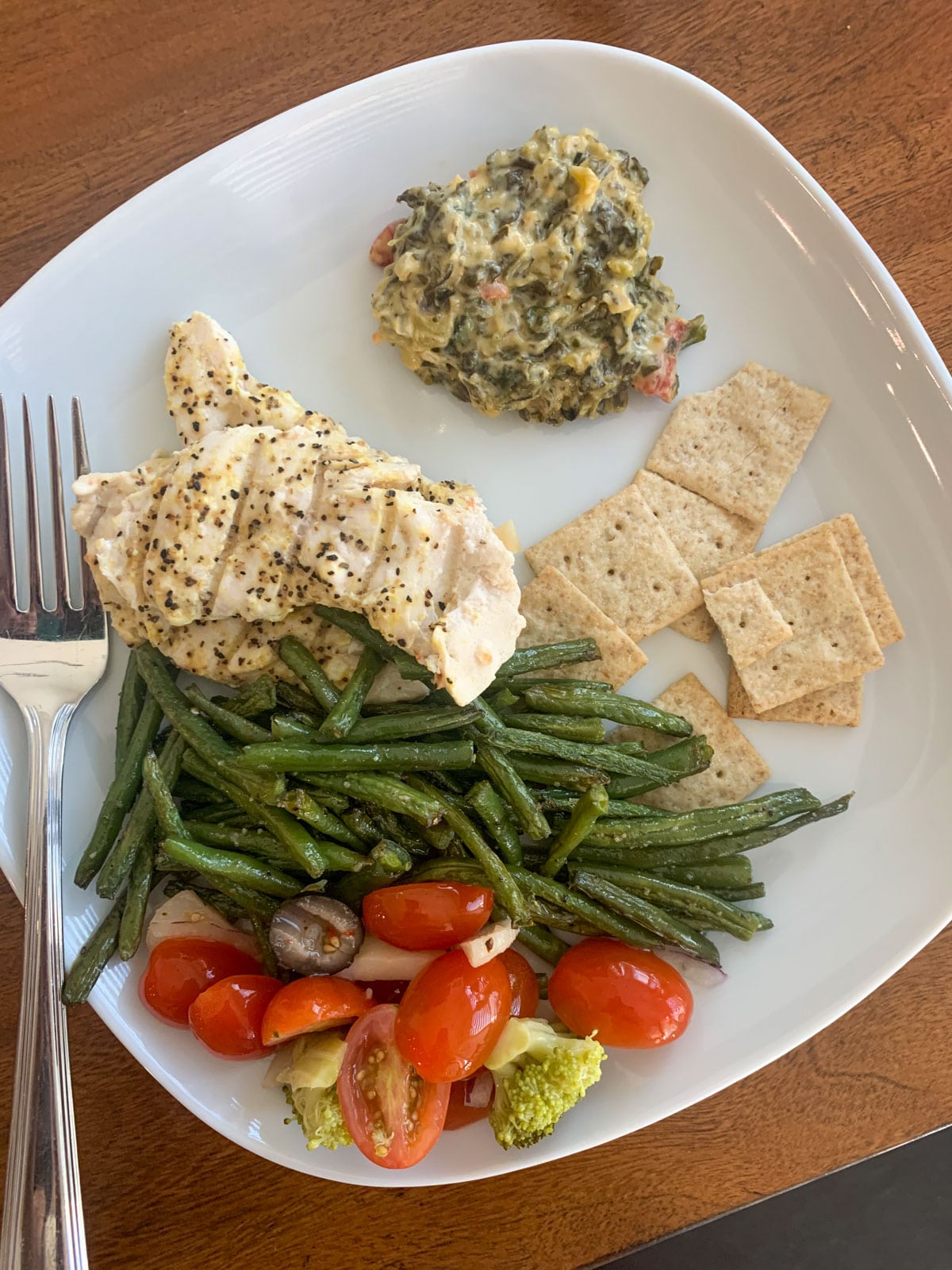 We also had Grandma cookies for dessert, but I forgot to take a photo!  And that’s it, that was our holiday weekend!  Thanks for stopping by today and catching up. What was your Fourth of July like?