Yesterday Mr. Hungry and I celebrated  our second wedding anniversary, isn’t that crazy?!?!?  I can’t believe we’ve been together 6.5 years, from college kids to grown ups with a cat, dog, and house.  Who would have thought?  Per usual we started our day off with a hike, but this time we went somewhere new with the newest member of our family! 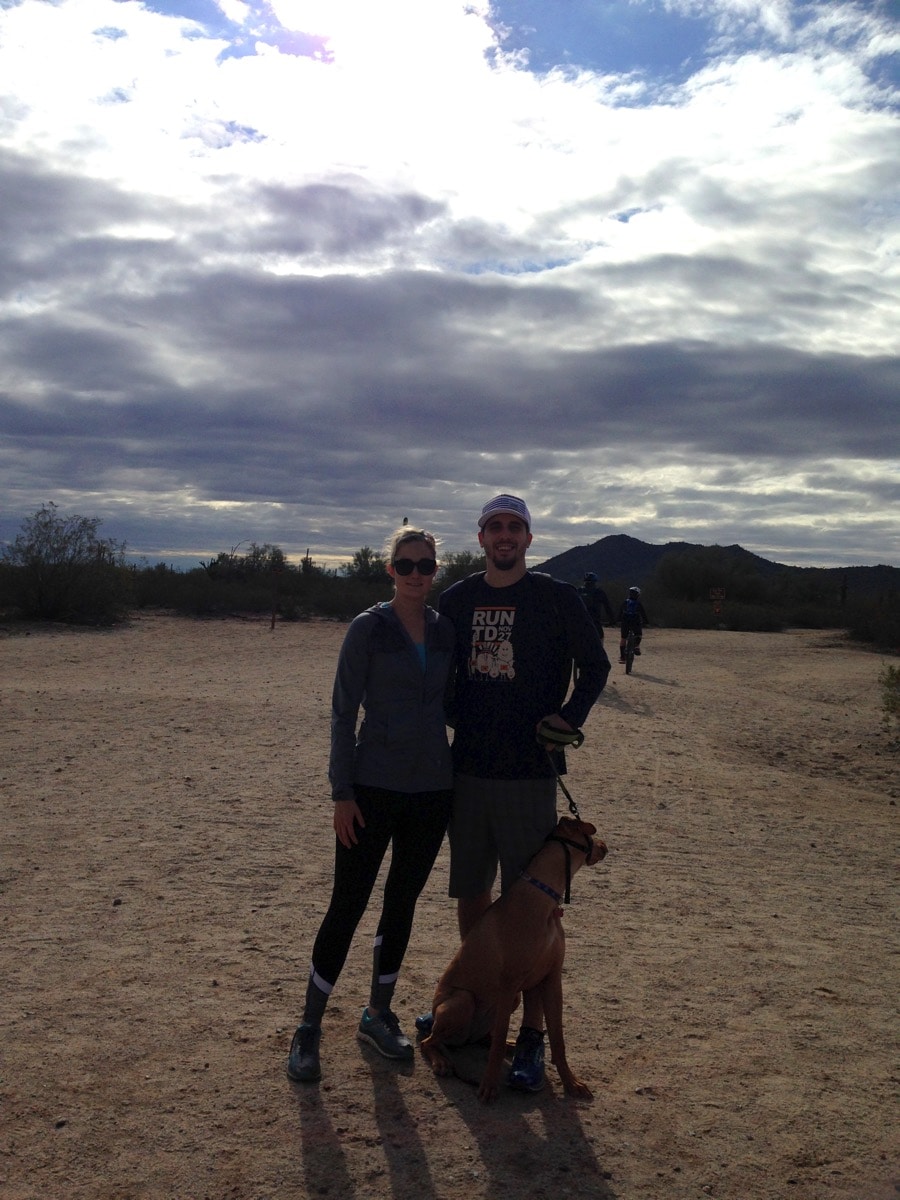 We’ve drove out to Queen Creek to San Tan Mountain Park which was about 30 ish minutes and decided on the Goldmine Trail (link to trails here.)  Turns out hiking (on a real trail) with a puppy is a bit challenging, but we handled it well! I can’t believe she is almost 9 months old!  She is definitely still puppy mode and does super naughty things, but overall I’ve noticed her focus is higher and she is listening much better (thanks to her training).  She was so funny on the hike, when we got to the really steep parts she kept trying to turn around and go back.  You know she was thinking “these people are crazy, why would we go up that?” 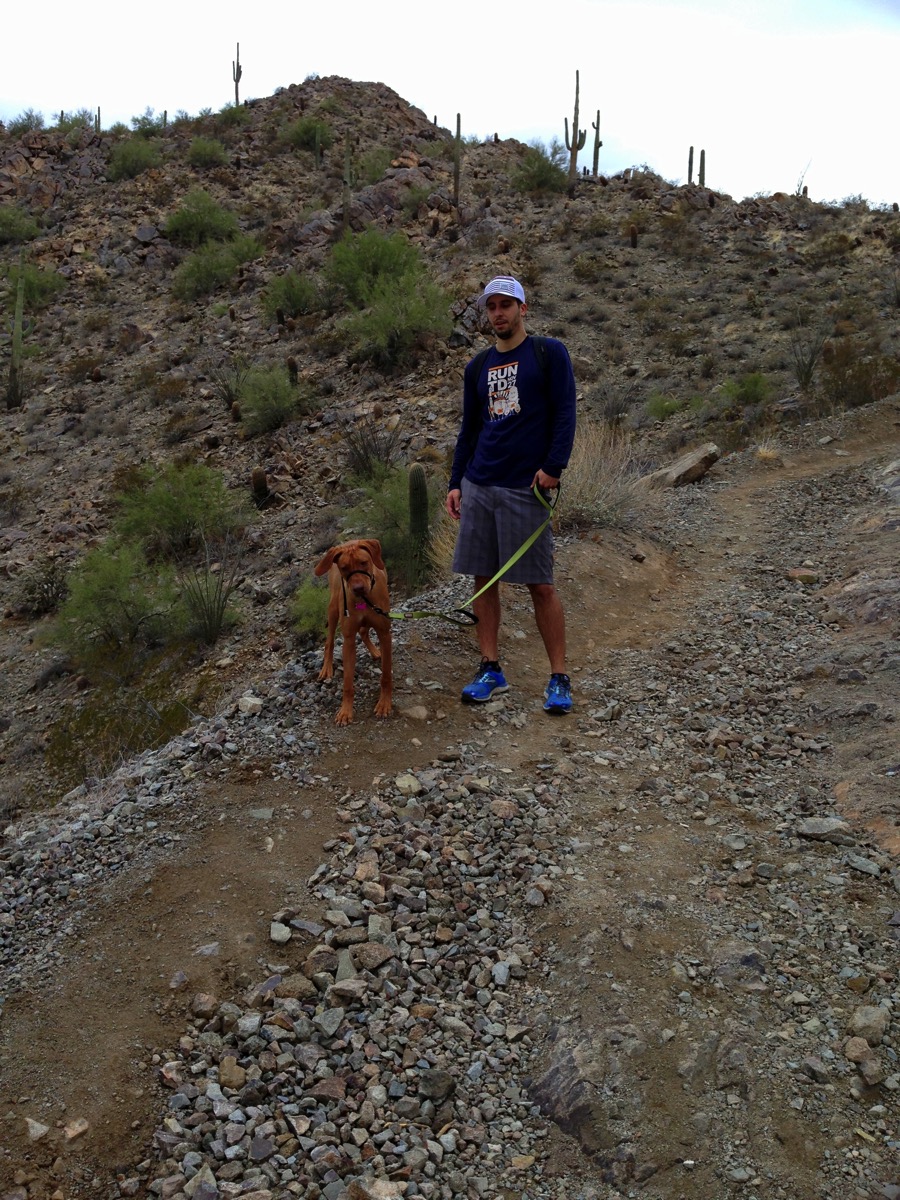 We brought tons of water though and unlike last year on our anniversary we didn’t get lost.   Spending forever walking around Ahwatukee neighborhoods trying to get back home. #adventuresofmr&mrshungry 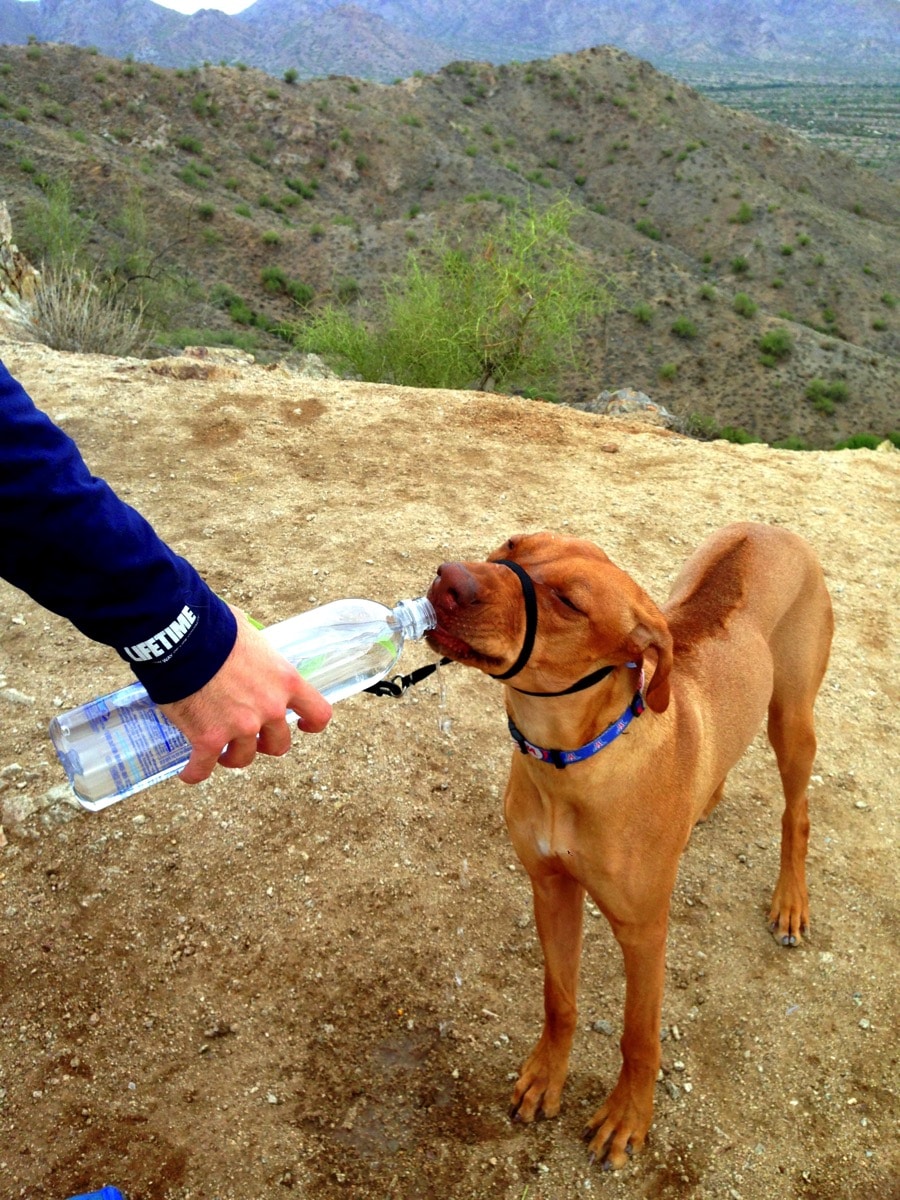 We covered about 5 miles in 2 hours, it seems like we went slower than normal, I don’t know how that is possible which such a hyper pup! 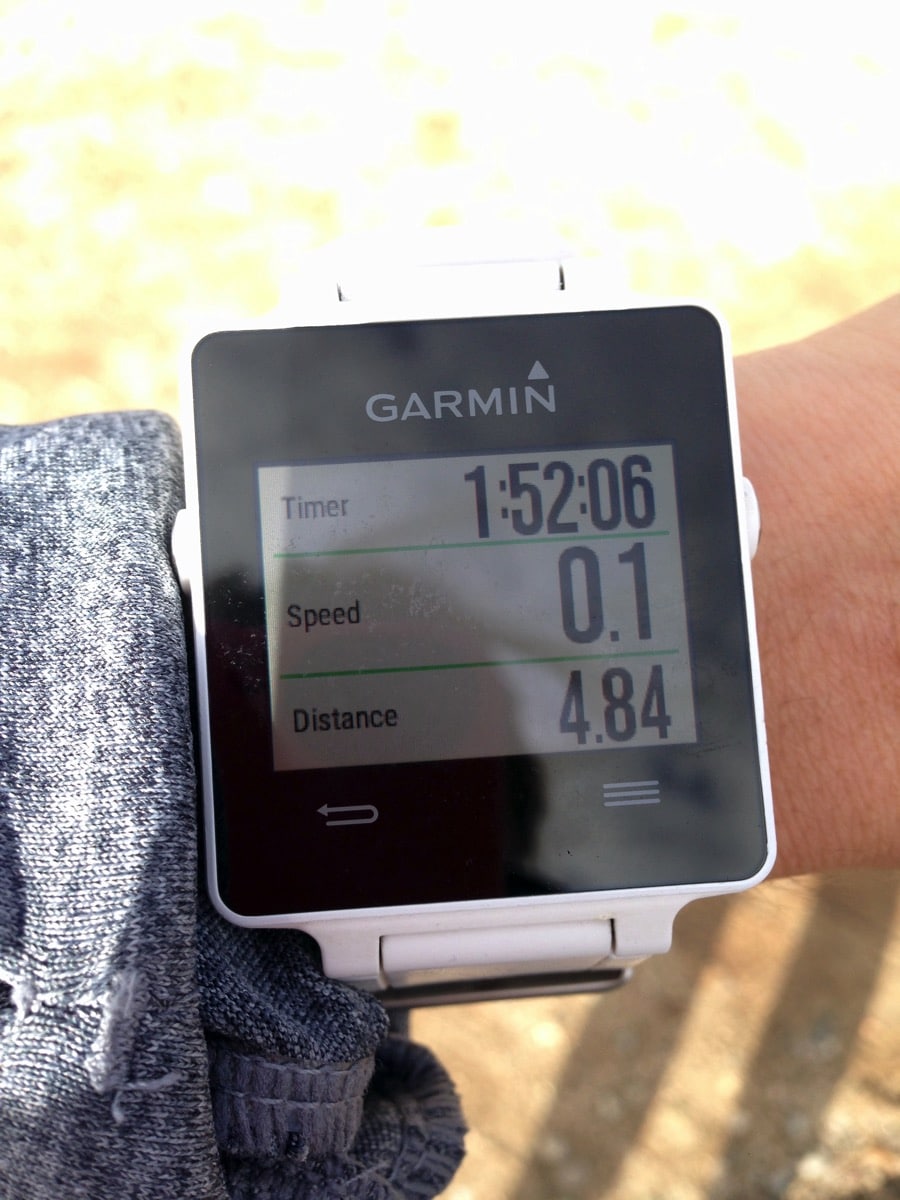 After the hike we were STARVING so we dropped off the pup at home and decided to try a local cafe called HG Roastery right by our house. 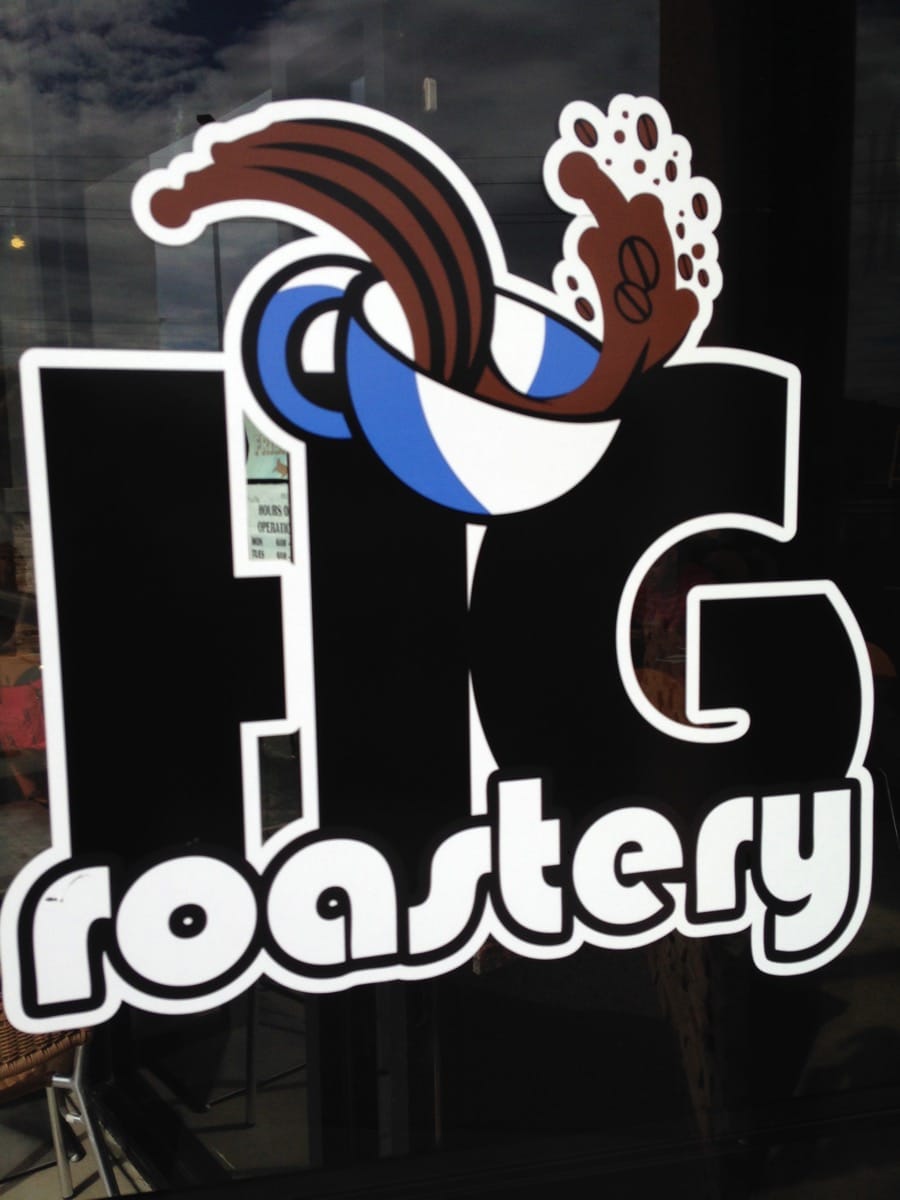 The shop was adorable, I definitely miss Hillside Cafe in Ahwatukee but I think this might be our new breakfast spot! I keep light with an egg white scramble because I knew we were going out to dinner too. 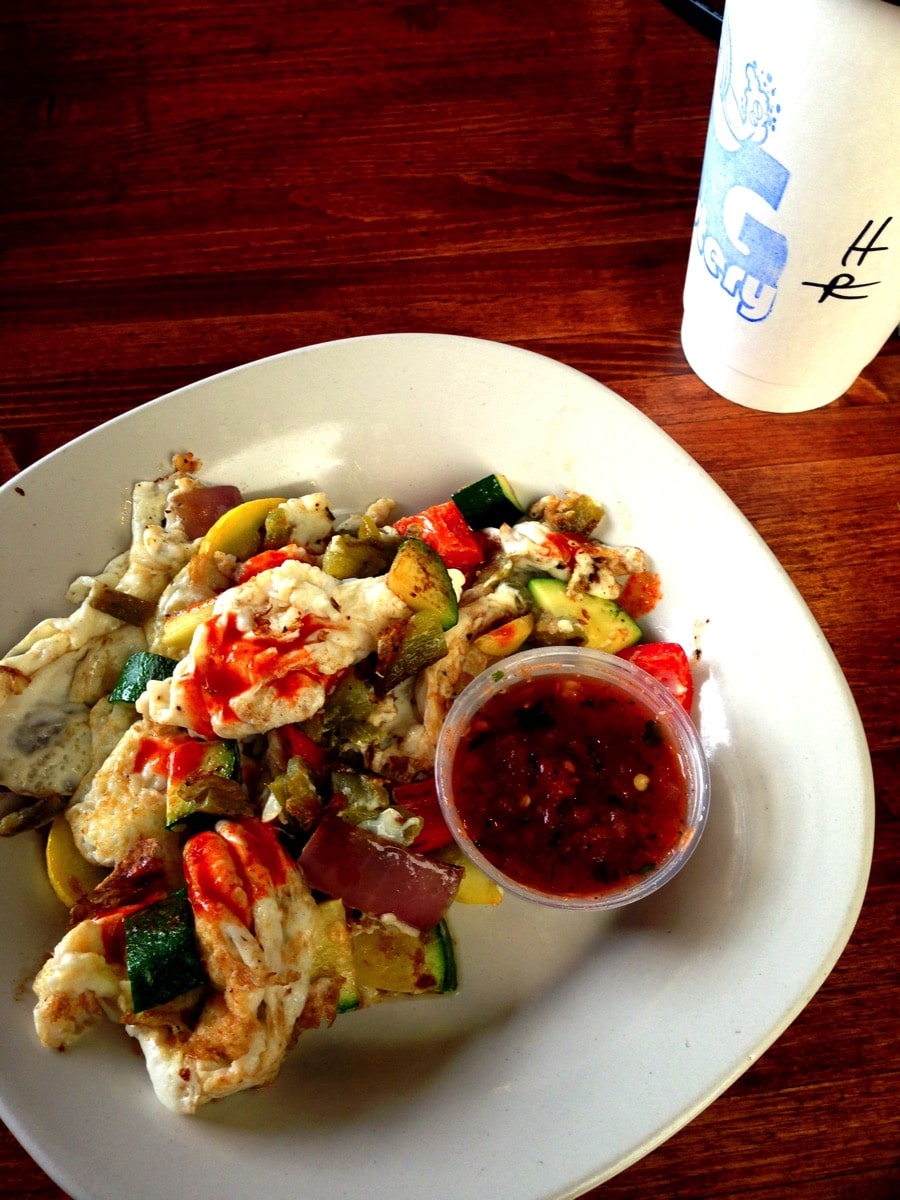 We hung around the house tidying things up and doing the normal Sunday thang before we got ready for church.  I didn’t take any pictures at church because it was late so they wouldn’t have come out, but we always go back to the church we got married at for our anniversary.  Afterwards we went to Flemmings for dinner, which was of course amazing in every way possible.  This is all Mr. Hungry would let me take a picture of… I mean really you probably shouldn’t be whipping out your camera phone in a nice restaurant anyways… 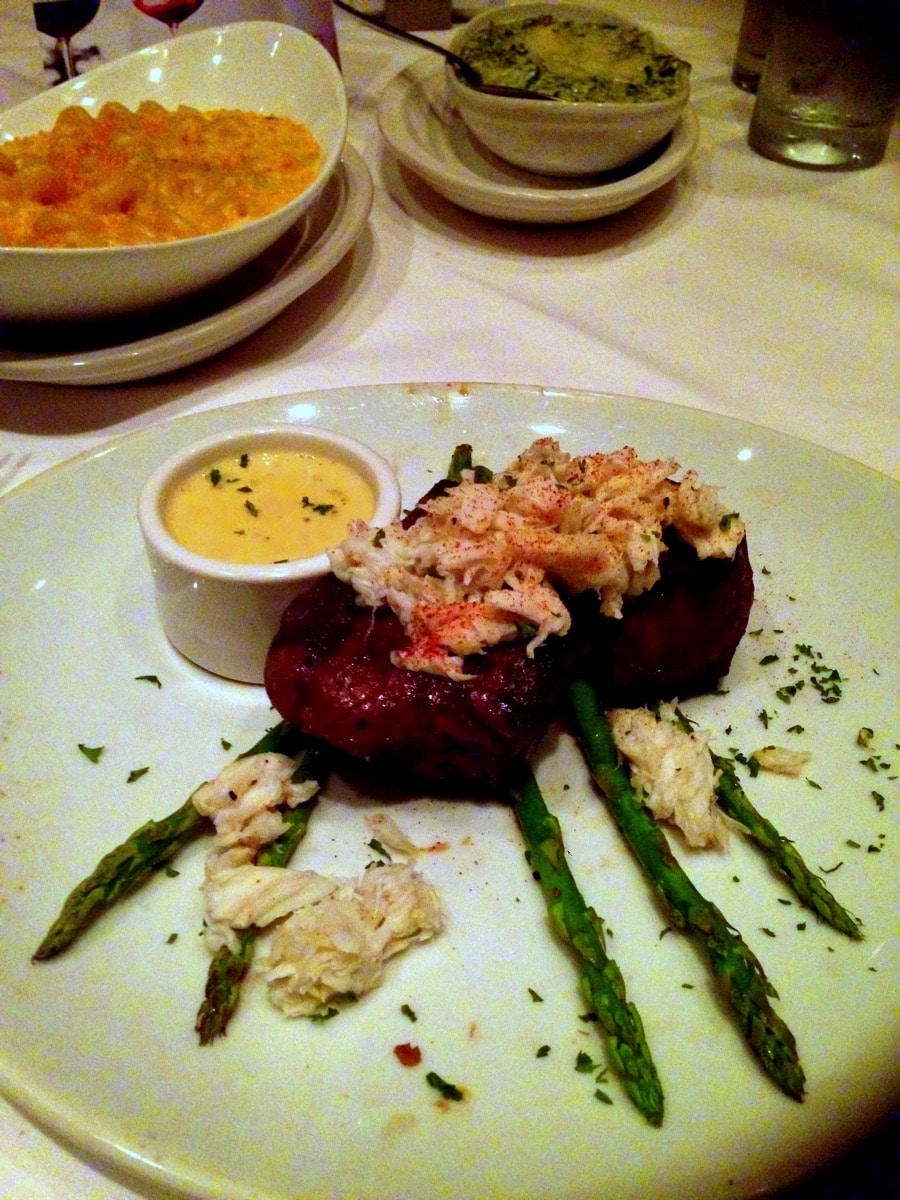 Previous Post: « In the last 90 days….
Next Post: Stay On Track This Holiday Season With Perfect Fit Meals »